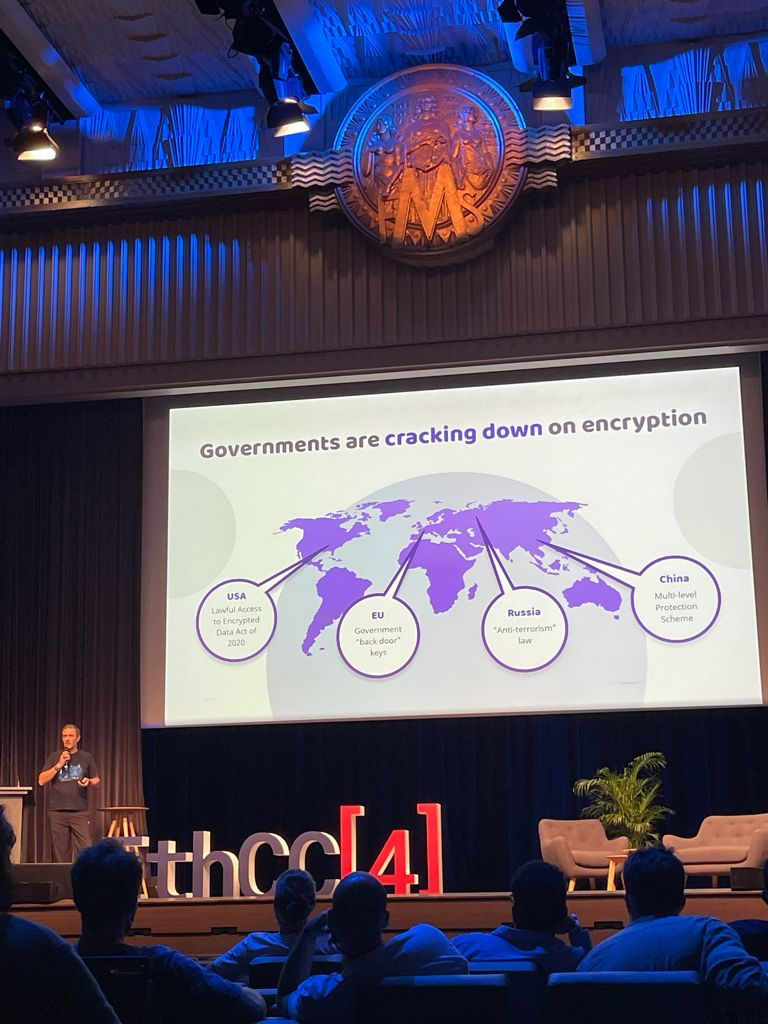 In our global society, encryption has become "essential to maintaining privacy in finance and communications," Seven said. This is particularly the case with end-to-end encryption, which makes information visible only to the sender and recipient, and not to any centralized servers that might handle the data while in transit. Some level of encryption is already built into individuals' and companies' daily lives and operations: for example, popular service providers like WhatsApp, Venmo, Telegram, Apple, and Paypal all use a form of encryption technology in their offerings.

As encryption has become more common, it has caught the attention of regulators

However, as encryption has become more widespread, governments around the world have taken note.
Indeed, many are looking to weaken and undermine encryption -- "specifically, end-to-end encryption," Seven explained.  Many anti-encryption efforts are undertaken by democratic countries under the guise of public safety: "crime-fighting [is used as] a rationale to force companies to provide 'back doors' that allow authorities to decrypt information."

"If such back doors exist, encryption will be severely weakened, since access to encrypted data will be available to anyone who is able to steal the key," Seven said. "If the government builds the backdoor, how can you be sure that the government is secure? [Any] centralized organization can get hacked."

Weakened encryption has proven to be an existential threat to the right to privacy -- one that has already had dire consequences. In an alarming trend, some government institutions have used military-grade spyware to target journalists, lawyers, and human rights activists.

"This idea that if you just 'surveil all the people all the time that you'll solve all the crimes forever' is deeply flawed," said Seven. "It also ignores the truth, which is that most crimes are solved by people working undercover" -- a process that often heavily relies on secure encryption.

As the threat to encryption has become more prominent, activists have taken steps to protect privacy as a fundamental human right. Recognizing the essential role that encryption plays in the right to privacy, some groups have organized to lobby governments to preserve true encryption.

As the fight to protect end-to-end encryption continues in the technical and political realms, Seven pointed out that other privacy-focused technologies will gain prominence. "We believe that the idea of privacy is fundamental to how we build the future," Seven continued. This is especially true in the post-pandemic era: "this global crisis that we went through" could have consequences for privacy that last far into the future. That's why protecting the right to privacy has never been more important.

Seven said that while it may not be discussed as often as encryption, decentralization will play a big part in this effort. "Decentralization is about doing things in a permissionless way," he said. It eliminates the risk of a single point of failure by distributing processes across multiple nodes with no middlemen or gatekeepers. This technology has been applied across many use cases -- most commonly, decentralized systems support financial transactions.

Decentralization has also been used to create permissionless systems related to privacy. The implications of this are profound. If you want to store information in a decentralized way, only you control that information; you don't need access to or permission from the established authorities. 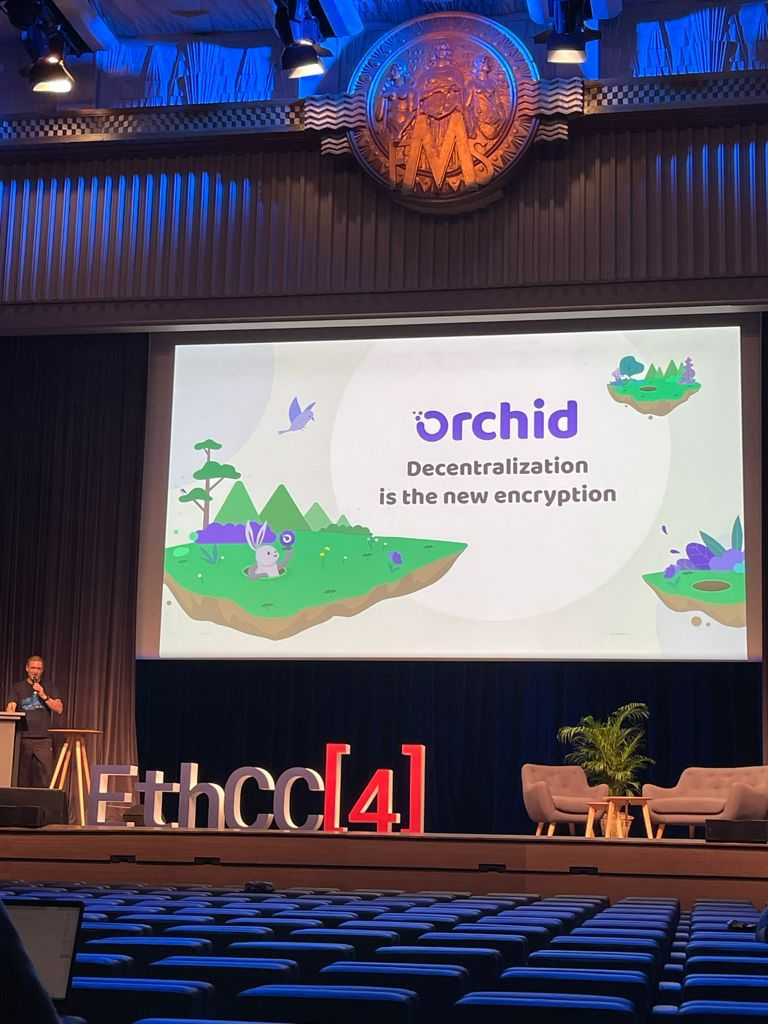 Seven explained how Orchid's blockchain-based VPN service combines the security of permissionless, decentralized systems with the fundamental right to privacy. "Orchid is a decentralized privacy marketplace that brings together the services of the world's leading VPN providers. Its decentralized model incentivizes provider networks on a distributed network and 'enables it to make sure that no one knows who you are or where you're going [online]."

Orchid is built to be highly accessible and easy to use. The whole ecosystem is powered by Orchid's Ethereum-based digital asset, OXT. People can purchase bandwidth using nothing more than an ordinary credit card. The service is pay-as-you-go, so users are only charged for the bandwidth they use. And now, it only costs $1 to get started.

Richard Muirhead on Blockchain and the New Decentralized Economy